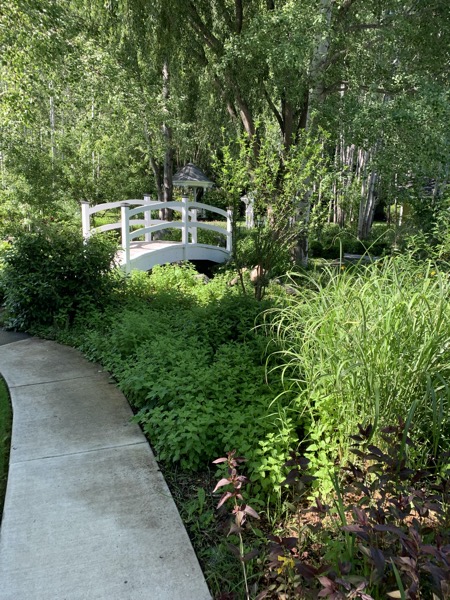 With WWDC coming up in just a few days, I’ve been reflecting a little on WWDCs of years past.

Quite possibly my favorite WWDC ever is the one from 2019. WWDCs as of late have been pretty damn impressive and although this one isn’t the one with the most surprises (that’s the one I’d have to give to WWDC 2014 when Swift got introduced), 2019’s announcements were incredible.

But I’m not necessarily sure WWDC 2019 is my favorite just because of what was unveiled; it also occurred at somewhat of a crossroads in my life, and it’s left me with a lot of happy nostalgia.

A few days prior to this WWDC I had driven up to Portland to take ownership of the house my fiancÃ© (then boyfriend) and I had recently closed on.

As exciting as it was, to be honest it felt kind of weird being up there in that house all by myself. It was kind of lonely, and I had that realization that we were kind of dismantling our lives in a very short time. I just left a job that I really loved, and I was about to start a job at GitHub, which intimidated the hell out of me. Above all, I knew cognitively the house was ours and we’d soon be calling it home, but it just didn’t feel like home. It was kind of weird.

I took care of a couple things around the house that weekend. Most importantly, I got our fiber internet set up (you wouldn’t move into a house before the electricity is on, why move into one without internet?), and I also bought some supplies and took care of a couple things the insurance company was bugging me about. It was a late Sunday afternoon when I locked up the mostly empty house and headed toward San Francisco to onboard at GitHub.

I overnighted in Ashland, a beautiful little town in southern Oregon.

After breakfast the next morning I went to work out and watch the WWDC livestream. It started off with some neat enough announcements (like Xbox controller support for iOS and Apple TV) as well as some interesting trailers for some of the shows Apple was making. I kept the stream running as I showered and packed up and headed out into my car, and I just sat in my car in the parking lot to finish out the keynote.

Thinking back, the 2019 keynote was full of some amazing announcements. I believe Catalyst finally got a name and was announced. Apple also announced a whole new next-generation UI framework, SwiftUI. When Swift first came out I could see its potential but it was clearly held back by its need for interoperability with all of the existing frameworks that were built around Objective-C. When Swift was first announced I wondered “what will brand new, Swift-only APIs end up looking and feeling like?” SwiftUI was the answer to that. Even a couple years later SwiftUI is still very young, but it’s super elegant and exciting.

But whenever I think about WWDC 2019 I’m always taken back to that moment in my car when Apple started showing off the Mac Pro. It had everything we wanted and more (and appropriately, its price tag was everything we expected and more).

Apple didn’t fuck around with the Mac Pro. Pro users would have been content if Apple had just brought back the pre–2013 style tower and changed nothing else, but Apple’s too proud to do something that straightforward. They thought of everything. They famously said they had designed themselves into a bit of a thermal corner with the 2013 Mac Pro, and apparently when Apple finds itself backed into a corner (thermal or otherwise), they come out swinging, and in this case they came out swinging with a case design that would be the envy of most any nerd.

Apple’s 2013 Mac Pro was opinionated and had a specific vision in mind about pro users’ needs, opting for I/O ports instead of expansion cards (not a great move), and pretty severely limiting graphics expansion capability (and really, all expansion capability). The 2019 Mac Pro was a total 180 in exactly the way it needed to be. “Holy fuck,” I kept finding myself saying as I sat alone in my car marveling at everything they did.

It was such an exciting announcement. It showed us, above all, that the Mac was back, and Apple wanted to do things right with it (even if their laptops were still a fucking mess with shitty keyboards). Apple was again thinking about all different Mac users, all the way to the highest end and most demanding ones.

And of course, when it comes to WWDC fun, the keynote itself is just the beginning! I had an entire week of episodes from my favorite podcasts ahead of me, and after days of socializing with my new GitHub coworkers, it was a delight to go back to my hotel, head to the fitness center, and just introvert out while listening to some of my favorite podcasters discussing the event (Accidental Tech Podcast’s WWDC episodes are always a hoot, and 2019 was absolutely no exception given that John Siracusa had been using his Mac Pro for a decade at that point holding out for the new one). I guess since I was in SF I probably could have actually gone to some of the events (after all, there wasn’t an active pandemic at the time), but I was just as happy listening to some podcasts.

It was a super fun week, and that tail end of the WWDC keynote was the hour that my trepidation turned into a feeling that everything’s going to be all right after all.

I did my week of onboarding at GitHub, exploring their San Francisco headquarters, and getting to meet my teammates. On Friday afternoon I drove back home to Santa Monica, only to fly out again a day or two later to the midwest. At that point, Santa Monica still felt like my home base for the next month and a half, even though there was a whirlwind of travel and packing up. And when my man and I both came back up to Portland together for the Fourth of July week to start prepping the house for the move and get a lay of the land, those panicked feelings were gone.

It’s funny how WWDC is kind of an event for me even though I have never actually attended one in person, and even though I’ve only spent a tiny portion of my career developing for Apple platforms.