Graphics Issues on the 2019 Mac Pro

I’m posting this in the hopes that if someone else is running into this issue, this will pop up when they Google it. Shoutout to Erik at AppleCare Enterprise for taking ownership of my case until the bitter end.

Shortly after I got my Mac Pro at the end of 2019, I would occasionally notice some small video annoyances.

Sometimes, my windows would flicker and I’d see something like this: 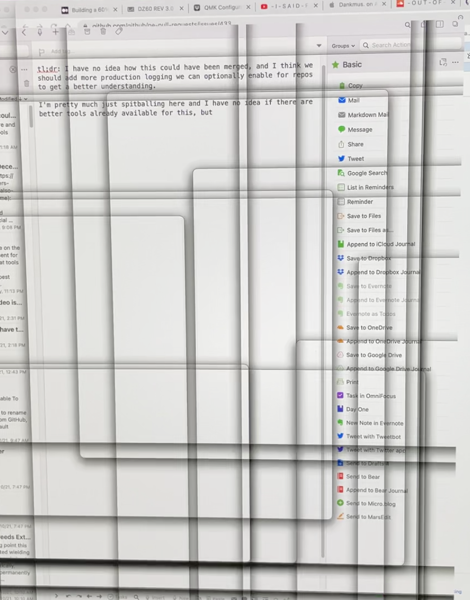 Other times, video thumbnails or image views wouldn’t render their contents but instead they’d look like this: 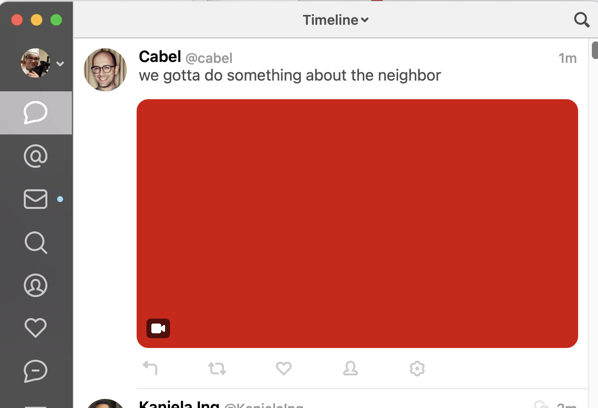 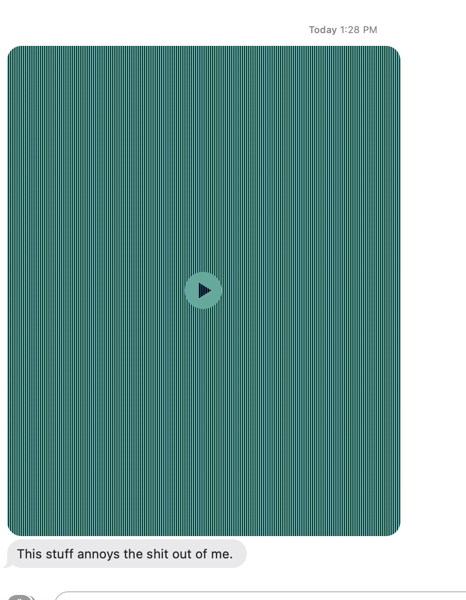 Sometimes weird stuff would happen to my desktop background: 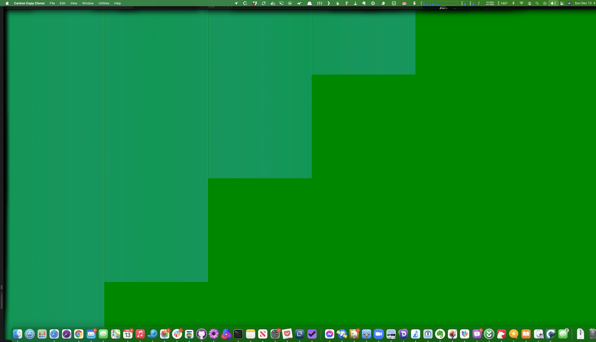 The OS doesn’t even have to be booted up yet; you can see it on the login screen you first see on boot: 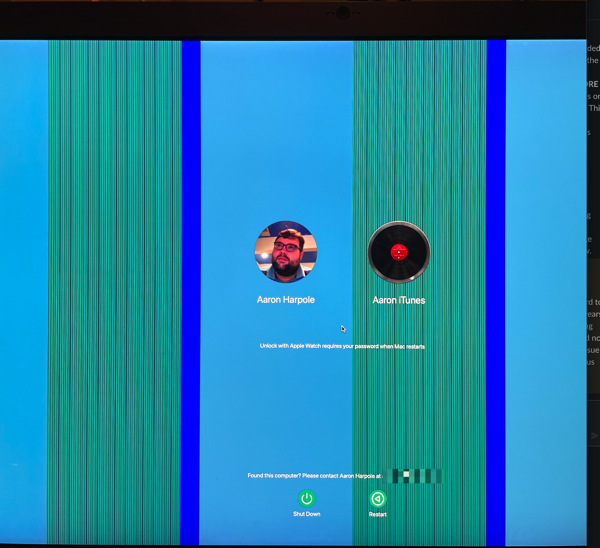 I tried a lot of things to fix it.

The issue always came back. Not always immediately; the issue is particularly insidious. It works fine for a good 24 hours, getting your hopes up. Then a day or two later, the computer’s back on its bullshit.

I researched this a ton, too. There aren’t a ton of Mac Pro owners out there, but if there was a widespread problem I would have expected to see some forum post about it. But I dug around Apple discussions and the rest of the web, and I couldn’t find a single report of an issue quite like this. I would see some occasional reports of users of other Macs seeing solid colors of things, but the nature of the issue seemed different and not nearly as reproducible as mine. Plus, my laptop runs pretty much the same setup as my Mac Pro and it had no issues whatsoever like this.

So, at this point the situation seems really dire. But ever the optimist, I realized this is actually good news because we have ruled out a lot of possible root causes:

Also, there are other things we know:

So it’s not defective hardware, but it is unique to the Mac Pro (at least, my Mac Pro).

I decided that the next logical move is to try not just a different video card, but a different model of video card altogether. The most notable software difference between my Mac Pro and any other Mac I’ve used is different hardware drivers since they’re different computers. I figured maybe the driver for the 580x is the culprit.

The hypothesis is pretty sound! It’s one of the only things that varies. Plus, it’s really my only option of things to try out at this point. There’s literally nothing else I could try swapping out.

I found a W5500x on eBay, and luckily the seller was local so it arrived in just a couple days. I installed this card, and started using my computer (albeit with only one monitor since this particular card didn’t support more than one 5K display).

And it worked! I used it for a week or so, and never had any of my red thumbnail issues or window outline flickering.

I did see some weird Photos app thumbnails that looked like the telltale sign. But I am almost certain that these were cached thumbnails my old video card generated, or a separate bug altogether, because I regenerated those thumbnails by rotating the photos 4 times, and the issue hasn’t surfaced since.

To further test my hypothesis, I bought a W5700X from Apple, the next model up that supports dual monitors. I figured I should test with dual displays. Also, I’m a little salty with Apple since I’ve literally done all the troubleshooting work here, and I have zero guilt about buying a $1000 video card that I plan to return. So far, this card has been working just fine as well.

At this point, all signs point to either a macOS driver issue specific to the 580X, or some sort of widespread hardware issue with the 580X itself (mind you, I have reproduced this issue with three different 580X cards so it’s either an issue with every card, or I’m really damn unlucky).

Does your Mac do this?

I can’t be the only one this is happening to. My setup isn’t that unique (a 12-core Mac Pro with the base graphics card and dual LG Ultrafine 5k displays, though the issue can reproduce with just one display), and I could easily reproduce the issue on two Mac Pro machines.

But I haven’t spoken to anyone else with this issue, primarily because I don’t know a single other person with a Mac Pro. This is an expensive, low-volume machine and the people who own them all have widely different needs, so it’s not like there’s a forum we all hang out on.

If you’ve been seeing issues like this on your Mac Pro and your machine uses the base graphics card, get Apple to fix it by giving you a different graphics card! Tell them your friend Aaron had this exact same issue and that they can look at my case notes for reference (case 101238086022) and hopefully save you a lot of trial and error. I would strongly recommend that you grab a different graphics card on eBay and try that upfront so that you can come to Apple and say “I can reproduce the issue using this card, and I can’t using this other card. It must be the card.”

And if you do run into this issue and try to get it solved, comment here and tell me about it! I am seriously wanting some closure on this issue.