One Small Step For Apple 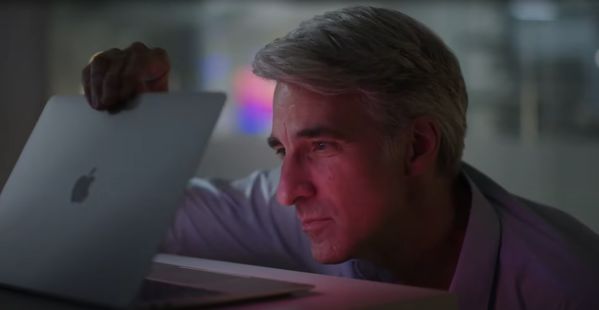 On Tuesday, Apple held a relatively quiet virtual event at 10am Pacific, during which they kicked off a massive transition for the Mac, the likes of which we haven’t seen since early 2006: you can now buy a Mac with an entirely new processor architecture of Apple’s design.

Apple isn’t new to processor architecture transitions for the Mac. In 2005, when Steve Jobs announced at WWDC that Apple would be switching from the PowerPC archictecture to x86 chips made by Intel, the Mac was in a position of weakness. Relatively few companies made computers with PowerPC processors. Apple sourced chips from Motorola and IBM, but neither company was particularly good at making better processors for laptops, which were becoming increasingly important (long time Mac fans no doubt remember years of disappointing rumors that a G5 PowerBook could be coming as soon as “next Tuesday” only for said laptop never to surface).

When Apple switched to Intel’s Core Duo chips in 2006, it created a massive leap forward in performance and power efficiency for all of Apple’s computers. Suddenly Apple’s hardware was on equal footing with the rest of the PC market, and Apple laptops began selling like gangbusters. At my college help desk where I worked part time, Apple laptops quickly became the majority brand of laptop among incoming students (no doubt fueled by a great deal where Apple used to offer a free iPod with purchase of Mac computer in their back to school sale). Apple’s “Get a Mac” campaign with John Hodgman and Justin Long helped tell consumers the story of the Mac’s selling points, like the fact that Macs can run Microsoft Office, the Mac’s reliability and ease of use, and even that if you needed to use some specific Windows app from time to time, you could install Windows on your Mac either via virtualization software or by dual booting your Mac.

Since Apple has been using the same x86 chips as everyone else all this time, Macs haven’t really fallen behind in terms of performance compared to their Windows PC counterparts, but instead, Intel has been disappointing the entire PC market. They’ve gone from having a tick-tock cycle of new processes and refinements, to having extra “tock” generations while they worked out their next-gen processes for making chips, to the point where there isn’t much advancement in CPU speeds to speak of.

Meanwhile, after acquiring PA Semi in April 2008, Apple started developing their own custom chips using ARM architecture. Their first one was the A4 that initially went into the first iPad, then the iPhone 4 later that year. Since then, Apple’s developed an astounding lead in chip development, with double-digit percentage increases in year-over-year performance every year. Their mobile chips are so good that in recent years, the latest iPhone can outperform just about every Mac in single-core performance.

Simply put: Apple has squeezed amazing performance out of tiny mobile chips that consume minimal power, and they’ve grown antsy to take that capability and apply it to the Mac.

These computers look basically indistinguishable from their Intel-based predecessors; the differences are inside the computer, and you shouldn’t let the looks fool you: they are substantial.

It’s no surprise that they started with their consumer machines; those are the simplest to transition.

Apple’s first Mac-specific system on a chip, the M1, is very similar to the iPhone 12’s A14 SOC. It follows the iPhone’s lead of having a mixture of high-performance and energy-efficient cores (four of each). All memory is on the SOC, and it’s a single pool of memory shared between the CPUs and the GPUs, using what Apple has dubbed a “unified memory architecture”. If you’re old enough to remember when the term “integrated graphics” meant “lousy graphics,” this might sound alarming, but in modern times this gives us efficiencies. Without a discrete graphics card with its own bank of memory, there’s no need to copy data from main memory to the GPU’s memory for the GPU to manipulate or read it. In addition, Apple’s GPU cores perform quite well and very efficiently, thanks to Apple’s years of experience pushing pixels to Retina displays on tiny phones.

The SOC also offers Apple’s Neural Engine, which is optimized for machine learning workloads, which are becoming increasingly common in iOS apps, and with accelerated hardware support on the Mac, we can expect Apple to start pushing on Core ML and other developer tools that aim to make it simple to incorporate machine learning into an app. That’s really quite something; machine learning has gone from cutting edge stuff that only a few companies had access to, to becoming a commodity that even small developers can use, like my Sudoku app which uses AI to give me hints on solving puzzles. Mac app developers such as Pixelmator have taken note and are no doubt excited to have even more ML capability available to their apps.

To the layperson, all you need to know is that Apple silicon Macs are substantially faster and can offer better battery life too. Apple is advertising battery life of “up to” 18 hours for the new Air, which I suspect is nowhere close to realistic, but I would also not be surprised if someone could get close to a full 8 hour day of realistic work on one of these machines before reaching for the plug.

Oh, and the MacBook Air has managed to achieve another milestone that would make Steve Jobs proud: It contains no fans and so it will operate completely silently. The MacBook Pro, on the other hand, is air-cooled, which makes sense, as pro users are expected to demand sustained high performance, which generates some heat.

What about the Pro machines?

These machines are very much consumer grade. Notably, none of them offer more than 16 gigabytes of memory, and they appear to be limited to 2 terabytes of SSD storage. Those are regressions from the Intel computers they replace (the Intel 13" MacBook Pro supports up to 32 gigs of memory, and the Intel Mac Mini allowed for up to 64 gigs). That memory limitation makes machines like these a nonstarter for a pro user like myself. In fact, if you bought one of each of the new Apple Silicon Macs, the machines combined would have less memory than my Mac Pro (also you’d spend a few grand less 😩).

These current memory and SSD limits are probably just limits of these early SOCs, and Apple is no doubt working on some higher end ones that put even the highest-end Intel machines to shame.

But overall, it looks like Apple’s making its lower end Macs in a very similar way to how it’s making its iPhones: by packing almost everything onto a single SOC.

But what is Apple going to do on pro machines? Just last year Apple finally answered high-end pro users’ prayers by releasing the Mac Pro, a highly modular and expandable system that embodies none of these principles. Just about everything on the Mac Pro is modular and expandable, and Apple is forward thinking enough that they knew Apple Silicon Macs were coming when they designed this Mac Pro. I see a few distinct possibilities:

Another thing I wonder: if Apple is indeed going to have consumer systems with totally integrated SOCs and pro systems that offer modularity, will that modularity be exclusive to the Mac Pro? Or will it go into other systems too? I’m pretty certain even the pro laptops will have everything on the SOC, but will we see a new generation of iMacs and iMacs Pro with expandable RAM or even room for an upgrade card or two?

Seeing Apple put this level of attention into the Mac really excites me. As resistant as I am to identify myself by the products I use, being a Mac user is admittedly core to my nerd identity.

In the early 2010s, when the iPhone was exploding in growth and Intel wasn’t putting out many new processors, Apple let the Mac languish a bit. But as iPhone has matured, and its growth has slowed, Apple has been able to put renewed focus on the Mac, and in the process they are reminding us that they, too, are die-hard Mac users just like we are, and as they build the Macs of tomorrow, they are making the Macs of their dreams. And now, with Apple’s industry-leading penchant for making fast and efficient chips, we’re fast approaching a world where if you want the fastest computer possible, it’s going to be a Mac and only a Mac.

I’ve never been more excited for the Mac’s future.