My biggest pet peeve with them has been the pesky fact that the Caps Lock key is actually a locking key. It achieves this by using a completely different Alps switch then the rest of the keyboard (the Alps SKCL Lock switch).

I am partial to swapping my Ctrl and Caps lock keys from their now-traditional positions because I use the Ctrl key all the time in keyboard shortcuts and I want it to be really accessible. Older Apple keyboards (like the M0116) have those swapped already, but those keyboards have other idiosyncracies that are impractical for common use (such as the lack of function keys, and the Esc key being where the tilde key is, and the tilde key being by the really narrow spacebar). So, I set out to customize my best Apple Extended and Apple Extended II keyboards.

Getting the caps lock key to stop locking down is a simple matter of replacing its Alps switch with a non-locking switch. In my case I decided to swap its switch with the left Ctrl key, which I’m perfectly content never to use.

Swapping mechanical switches is easy enough; it simply requires desoldering the pins from the PCB, popping them out, and resoldering them back in. I didn’t make a video of the process but I found a great guide while browsing through resources on the MechanicalKeyboards subreddit.

This was my first time soldering so I was a bit nervous, but mechanical keyboards are an easy enough project, as the solder points are relatively large and the Apple Extended Keyboard is famously easy to get apart (just four screws and the case comes right apart). Once I got the hang of desoldering (ProTip: even if you hold the solder wick a few inches from where you touch the solder iron to it, the heat travels really far!) the hardest part proved to be prying the switches out of their original homes. I felt like I was going to break the switches, but they were sturdy. I got the new ones in their homes (they just popped right in), and soldered them together. 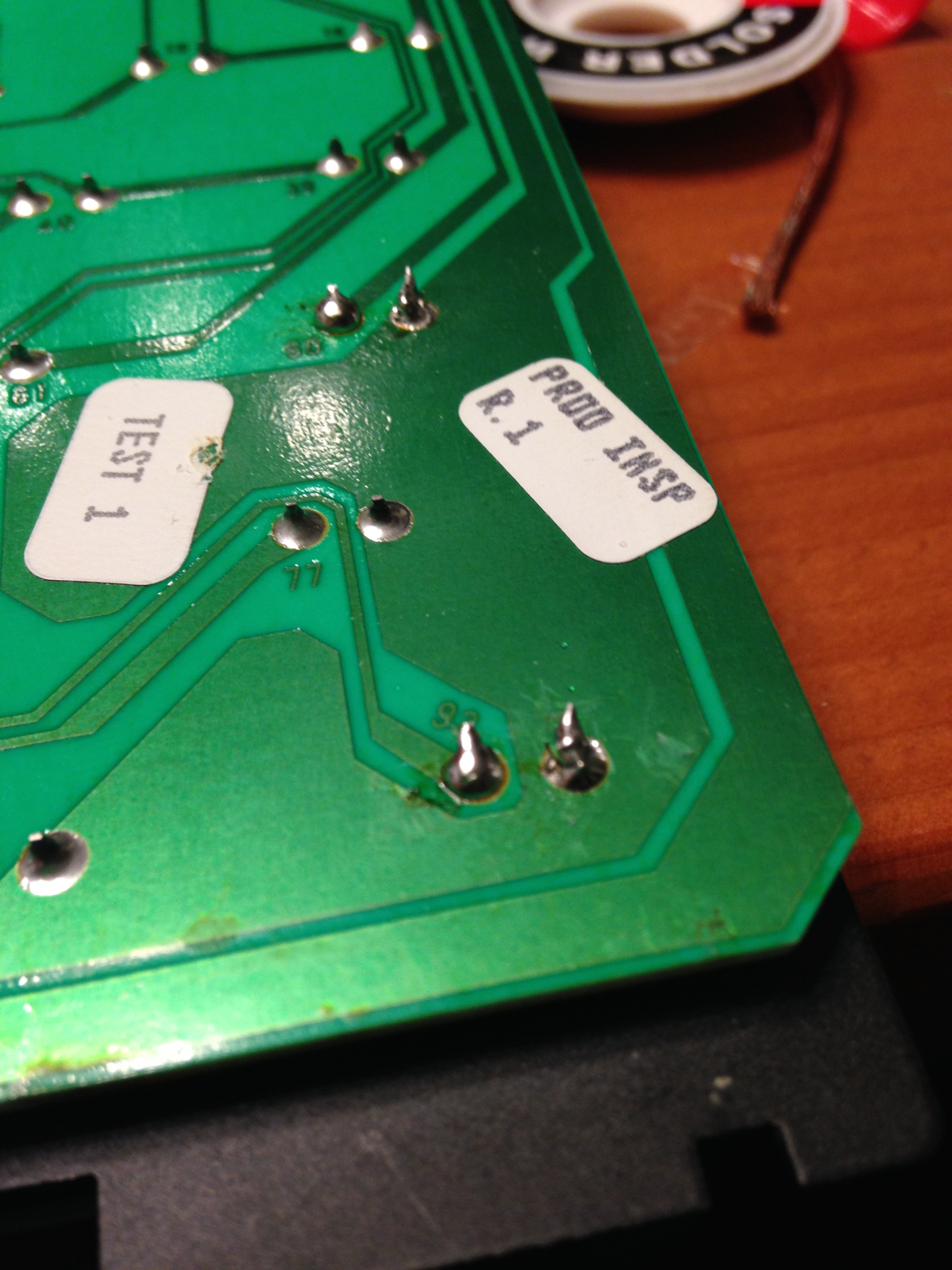 not bad for my first time

Turns out, that was the easy part. It was my hypothesis that I would just need to swap the Ctrl and Caps Lock keys in System Preferences on OS X, but there was somewhat of a catch to it. To get the computer to treat the key as an actual toggle, the keyboard is hard wired to treat any key up or key down event as both a key down plus a key up event (to prevent the computer from seeing the key as held down for a long period of time). This was problematic for using the key as a Ctrl key, because Ctrl is a modifier key, so it needs to be held down with other keys, but as soon as you pressed it down it was treated as immediately released.

I needed to use a more low-level solution and I found one in Karabiner and Seil.

A helpful soul on GitHub had the same issue as I did and did the legwork of finding a solution: remapping the Caps lock key as a Ctrl lock key.

I have to do some further setup to Karabiner to make this only apply to specific keyboards (I don’t want the remapping to apply to my built-in keyboard, for that one I just want to do a simple Caps Lock/Ctrl swap which can be accomplished in System Preferences).

Karabiner looks like a promising app and it already appears to have support for OS X 10.10 (plus it’s open-sourced on GitHub) so this seems like it should be a good solution for the next few years or so.

I’m really happy with the keyboards I’m using as well. I was lucky enough to snag a new old stock Apple Extended II and it has a nice springy but dampened feel, so it’s really quiet and it was totally clean so the typing motion is perfect. My Apple Extended is used but in remarkably good condition for its age, and types great too. The spacebars on each take some getting used to for me, though. I think that the stabilizing motion that the Alps based keyboards use is more resistant than what’s used in keyboards using Cherry MX switches.

Another perk of using these Apple keyboards: the Command keys are correctly mapped and are more prominently placed on the keyboard for easier reach. They’re larger than the Alt keys on a Windows-formatted keyboard as well, which makes them all the more reachable.