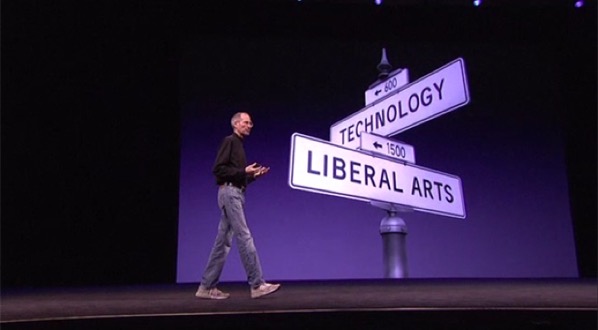 10 years ago I posted a few quick memories about Steve when I was saddened to learn of his passing.

No one wants to die. Even people who want to go to heaven don’t want to die to get there. And yet death is the destination we all share. No one has ever escaped it. And that is as it should be, because Death is very likely the single best invention of Life. It is Life’s change agent. It clears out the old to make way for the new. Right now the new is you, but someday not too long from now, you will gradually become the old and be cleared away. Sorry to be so dramatic, but it is quite true.

I’ve grown older and wiser over the past decade, and while my appreciation for the fruits of Steve’s work remain as strong as ever, I’ve grown less okay with how he built these products. The truth is, he could be a real dick, and although a lot of people who worked with him forgave him for this, he inspired a lot of other people in tech to be total assholes in how they ran their teams, and those teams didn’t make better products for it. Perhaps the luckiest thing about Steve’s leadership is the fact that we were able to get such incredible products despite how abrasive and quick to opinion he could be.

I’ve watched this industry mature in the last ten years and I’m really glad for it. Teams are a lot more caring. Work/life balance is increasingly valued and we are learning that the hustle/grind culture of startups is empty and often ineffective. We’re more mindful of structural issues like sexism and the lack of diversity in tech companies, especially the higher you look up the org chart.

We still have company leaders that are Steve Jobs-esque in their temperament (cough Elon Musk), but we came a long way as an industry, and I’m reminded of Steve’s own insight that even he would someday no longer be the new, and it would be his time to go and make way for the new.

This commemorative post isn’t to shit on Steve Jobs now that I’ve gained new perspective on some of his behaviors, though; it’s just that I now have a more refined appreciation of his contribution to the world, and importantly, a lot of my appreciation now is less about what Steve as an individual was able to do, but rather what his teams were so often able to do.

And people seem to understand that better now than ever before. In the late 90s we would see household appliances being manufactured in some knockoff of Bondi Blue because people thought that’s what made the iMac so iconic, but today entire companies are now more deeply driven by great design as well as the understanding that design goes deeper than the color and material on the case of your product.

People understand better than ever before that technology is more than just gadgets and apps. To make great technology products requires deeply understanding humans too, and that’s why Steve’s Apple always proudly stated that they stood at the intersection of technology and liberal arts.

That’s a hell of a legacy.