Being an RSS user is probably one of my most unconventional and nerdy habits, but they’re such a better way to experience the internet I feel I must evangelize them.

I could write paragraphs of text, but inspired by a recent talk I saw at RailsConf, I’d like to show you instead in a more… visual form: 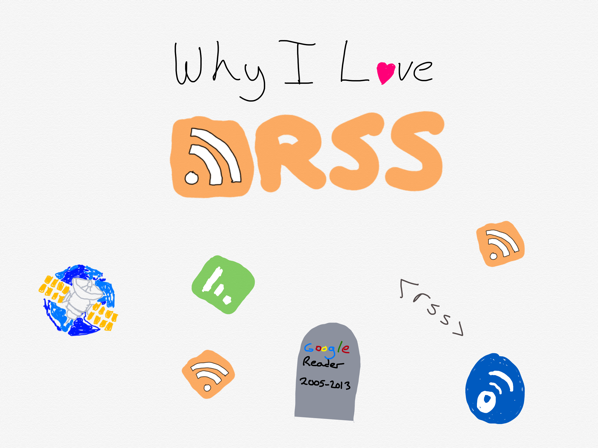 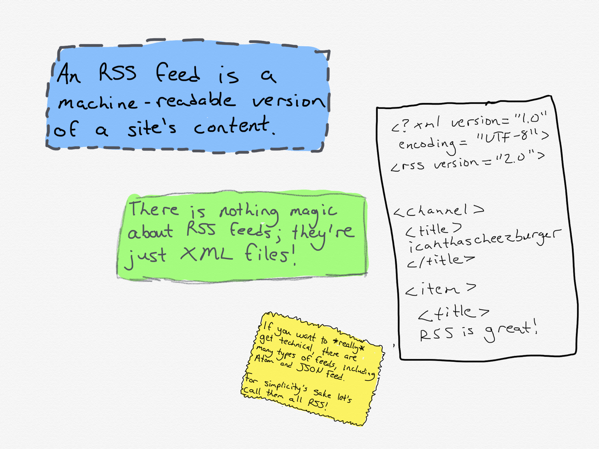 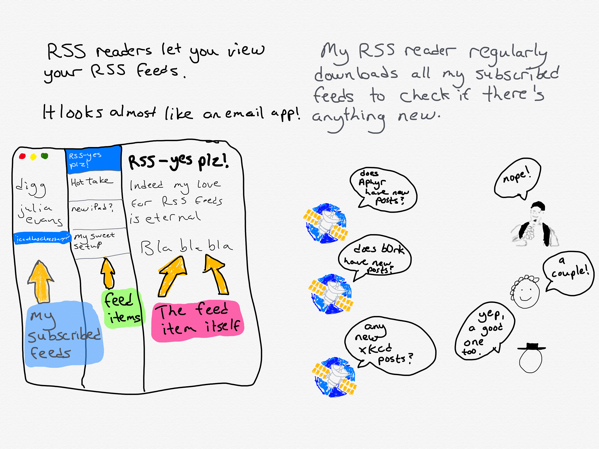 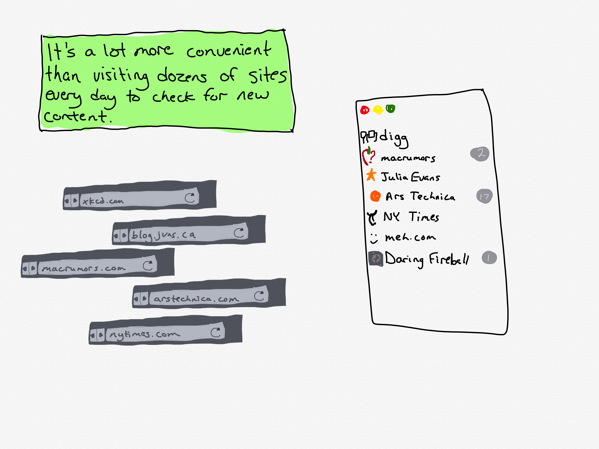 If you want to subscribe to some things via RSS, here are a handful of my favorite feeds:

Most sites offer an RSS feed. RSS links aren’t as prominently placed as they used to be, and sometimes they’re called a “feed” or maybe even an “atom feed” or similer. Sometimes you might have to guess at the feed URL (it’s often found by adding /feed to the end of the home page URL).

RSS feeds are a little nerdy and that might predispose you to think they’re kind of arcane and weird to use. But in fact, the opposite is true. They are a much nicer, much cleaner way to use the web. When I watch other people browsing full web sites loaded with ads and annoyances, I get the same jarring feeling I get when I go home to Iowa and see family members watching broadcast TV with its obnoxious and loud commercials and terrible shows.