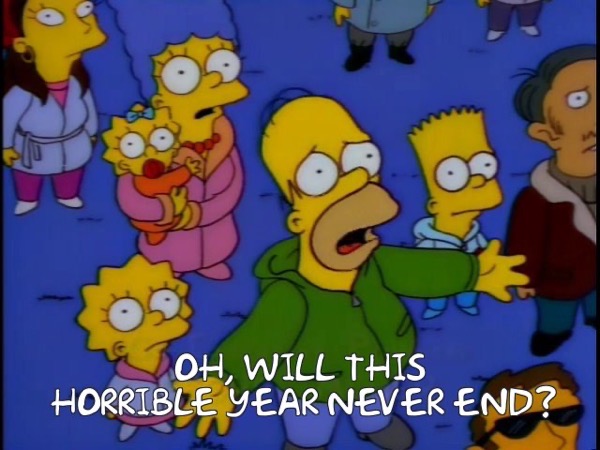 Obviously the year has sucked big time for the world, so I’m not really going to dive much into that. I entered 2020 hoping for things to look up; I was expecting to end 2019 on a high note, having just gotten engaged to the love of my life, but just days after I popped the question, I got the terrible news that my brother had passed away unexpectedly.

I don’t want to rag on the global events of 2020; it’s been done plenty by now, I’m sure, and it’s really remarkable just how many notable and globally traumatic events happened this year.

I’m not a fan of gratitude exercises as a general thing, because I mostly see them being used nowadays as a way privileged people try to come to terms with the fact that they are unfairly advantaged (not to mention these kind of threatening “you could have it much worse” undertones that you can read between the lines of expressions of gratitude).

I don’t want to dismiss the entire year as a loss, though, because there is more to it than that. But here are some highlights, both good and bad, for me personally from 2020:

I’m ready for 2021. I’m not really thinking much about new years’ resolutions; I’m always on the lookout for ways to make things better, and I don’t need a time of the year as a reason (though it is admittedly a great time to try out new habits if you want). I’ll be spending more of 2021 thinking about what I can do to make the world better. I’m probably going to give money to organizations that provide direct financial assistance to people who need it, because a lot of people are hurting. I will look for more independent creators to support. I would like to make a few things and share them with the world.